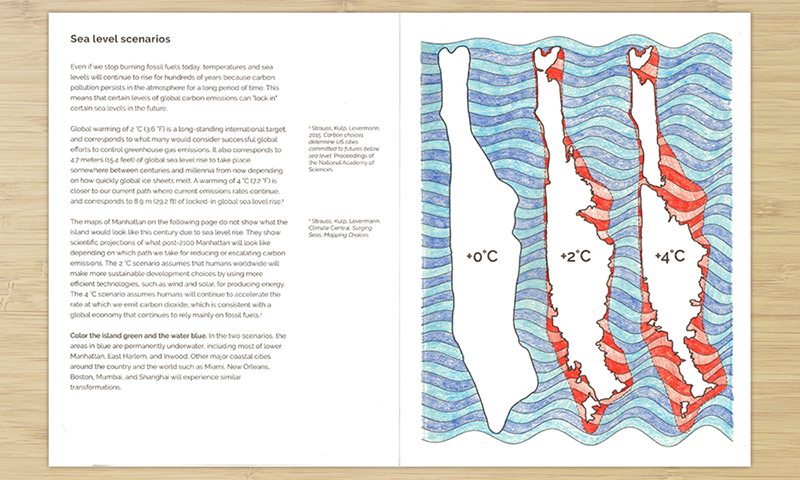 The maps used in this activity are based on peer-reviewed scientific research led by Benjamin Strauss and Scott Kulp of Climate Central in collaboration with Anders Levermann of the Potsdam Institute of Climate Impact Research, and published in Proceedings of the National Academy of Sciences of the United States of America. Application of this research to areas outside the U.S. is detailed in the Mapping Choices report.

The maps of projected sea level lock-in for 2 °C and 4 °C warming scenarios were translated from the research and maps from the Climate Central website.

Which will simply create an svg file that traces the maps of Manhattan that were translated from the Climate Central website where blue is considered water and white is considered land.