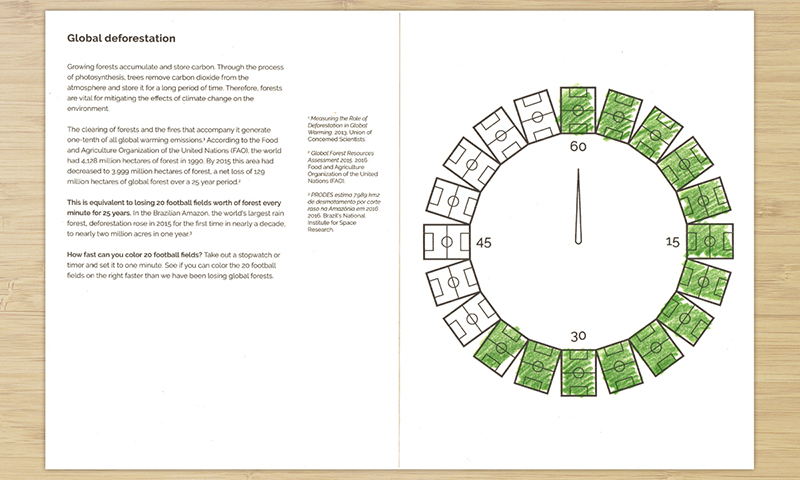 There was a net loss of some 129 million ha of forest between 1990 and 2015, about the size of South Africa, representing an annual net loss rate of 0.13 percent. Yet this should be understood in context: The rate of annual net loss of forest has slowed from 0.18 percent in the 1990s to 0.08 percent over the last five-year period. Between 2010 and 2015 there was an annual loss of 7.6 million ha and an annual gain of 4.3 million ha per year, resulting in a net annual decrease in forest area of 3.3 million ha.

The following calculations were made to determine the average net number of football fields of global forest lost per minute from 1990 to 2015. First we calculate hectares per minute:

Then we determine football fields per hectare:

Now we calculate loss of football fields per minute: